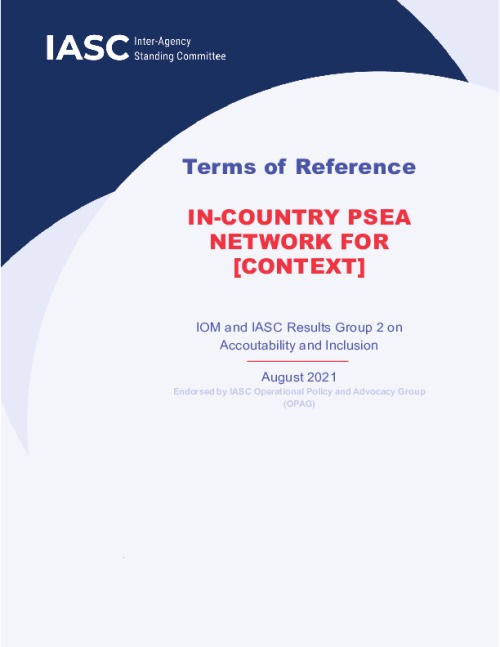 The Generic PSEA Network TORs are targeted to in-country senior leadership to support creation of contextualized TORs for their technical-level inter-agency PSEA Network or Task Force. They update the TORs produced by the ECHA/ECPS UN and NGO Task Force on Protection From Sexual Exploitation and Abuse (November 2008) based on good practice and agreements in the IASC 2016 PSEA Toolkit, the 2018 PSEA Acceleration Plan, and existing Network TORs, and have been developed with the contributions of in-country and global practitioners.