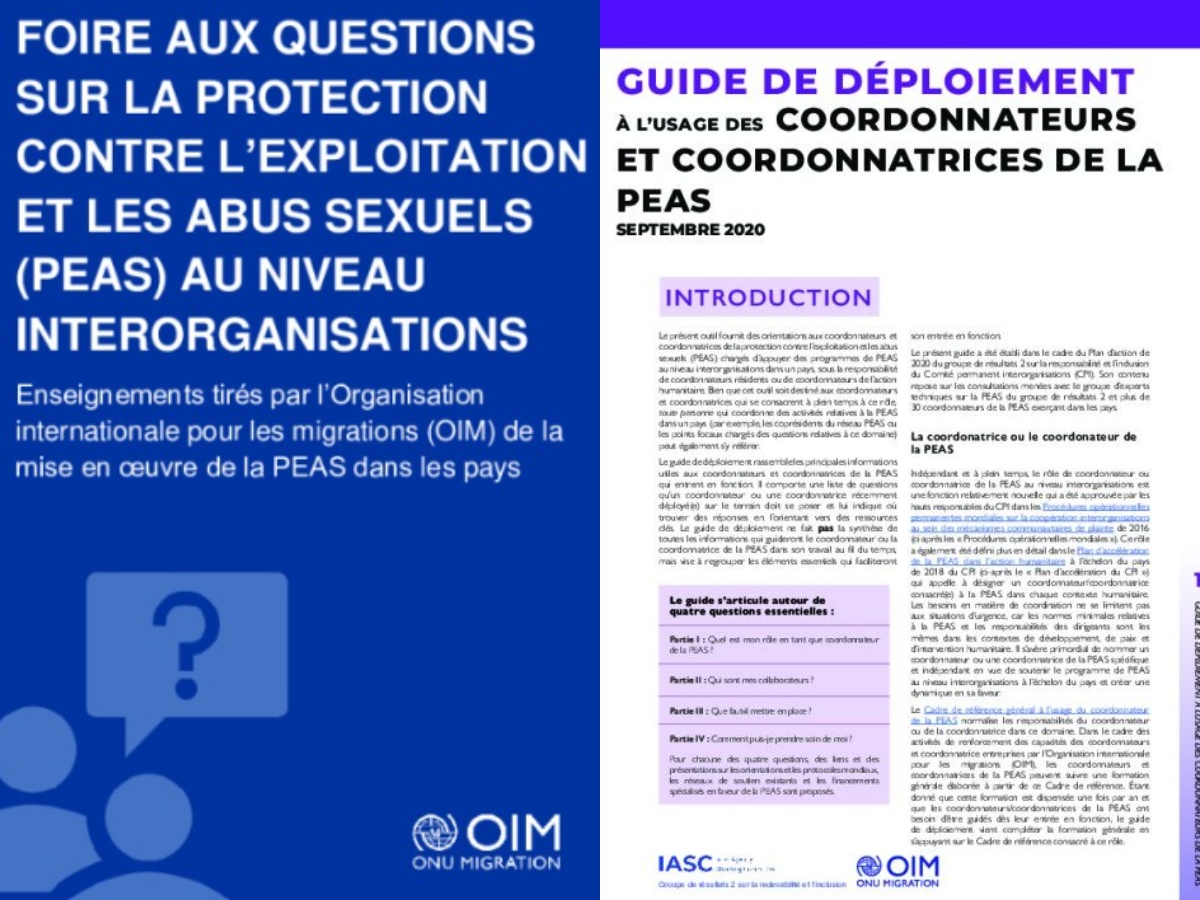 In response to many requests received from practitioners, we are pleased to announce that the Deployment Package for PSEA Coordinators and IOM’s FAQ’s on Inter-agency PSEA are now translated into Arabic, French, and Spanish.

The Deployment Package (Arabic, French, and Spanish), launched in 2020, is a 1-stop shop for PSEA Coordinators that are getting started in their role. It compiles the questions that a recently deployed PSEA Coordinator needs to ask themselves, and where to find the answers by linking to core resources available. The Deployment Package can also be used by PSEA Network co-chairs, PSEA Focal Points, or anyone else contributing to inter-agency PSEA activities at country level.

The FAQs on inter-agency PSEA (Arabic, French, and Spanish), launched in 2019, compiles lessons learned from IOM’s support of collective PSEA. The FAQs aim to support in-country PSEA stakeholders by addressing the real challenges faced in inter-agency PSEA implementation. This resource consists of two core parts, the “Fundamentals” which unpack common misconceptions on inter-agency PSEA concepts and the main body of “Frequently Asked Questions (FAQs)” asked by in-country practitioners to IOM over the years.