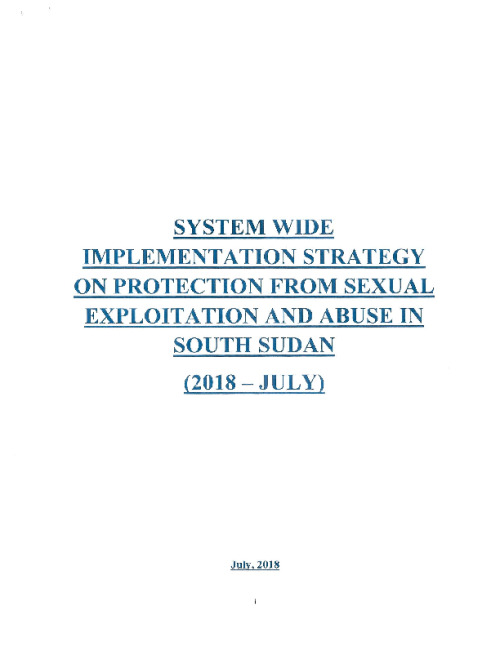 Sexual Exploitation and Abuse (SEA) is a key concern in South Sudan. The context of conflict, economic hardship, food insecurity and limited access to basic social services, along with the poor living conditions of the local population, combine to increase the vulnerability to gender-based violence and survival sex. This, with large presence of peacekeepers and aid workers heighten the exposure to sexual exploitation and abuse (SEA). Yet, the Secretary General remains instructive to all involved in the delivery of peace and aid to the vulnerable population in need; "to protect the weak and those in need and uphold the dignity of every human being under our care."