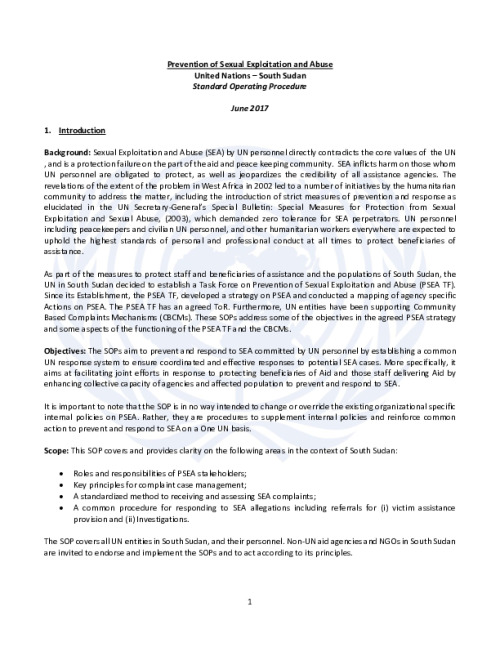 Sexual Exploitation and Abuse (SEA) by UN personnel directly contradicts the core values of the UN , and is a protection failure on the part of the aid and peace keeping community. SEA inflicts harm on those whom UN personnel are obligated to protect, as well as jeopardizes the credibility of all assistance agencies. The revelations of the extent of the problem in West Africa in 2002 led to a number of initiatives by the humanitarian community to address the matter, including the introduction of strict measures of prevention and response as elucidated in the UN Secretary-General’s Special Bulletin: Special Measures for Protection from Sexual Exploitation and Sexual Abuse, (2003), which demanded zero tolerance for SEA perpetrators. UN personnel including peacekeepers and civilian UN personnel, and other humanitarian workers everywhere are expected to uphold the highest standards of personal and professional conduct at all times to protect beneficiaries of assistance.